Keep Your Tech Going For Longer

May 10, 2019 George Douze Tech Comments Off on Keep Your Tech Going For Longer 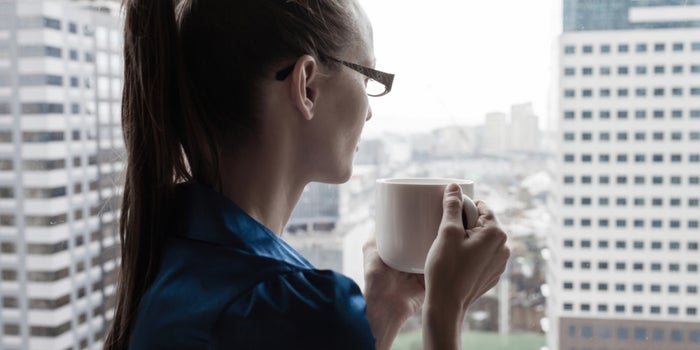 We live in a world where technology is constantly evolving. Introducing a variety of new and upgraded means of doing things electronically means we’re able to accomplish things faster, store more, and do things we previously thought were impossible. Unfortunately, it also means there is a growing problem of electronic waste that is creating a landfill situation around the world.

Technology isn’t as hard to “keep going” as it once was several years ago. Upgrades are quick, easy, and usually seamlessly integrate with whatever it is you’re trying to patch up. There are also various software options to explore in addition to physically changing the hardware that’s in your tech that keeps your seemingly older electronics usable for longer.

Desktop and laptop computers are the cornerstone of our existence right now and they are thankfully one of the easier upgrades to make when it comes to electronic goods. Older computer systems that are past their warranty can safely be opened and upgrade to bring their technological ability more in line with today’s demanding requirements.

Physically upgrading hardware is simply a matter of removing existing components, which are usually clipped into place or pinned in a detachable slot, and replacing the component with a similarly matching item. Motherboards house these components and it is oftentimes a matter of placing the item in the available slot as there aren’t many items that will fit anywhere else other than their intended place on the motherboard. It is important to check your motherboard’s specifications though as there are maximum allowances for certain components. It isn’t unusual to find a 16 or 32 GB limit for RAM on the majority of generic motherboards in the current market for example.

Changing the software also plays a key role in keeping a personal computer useful and the operating system will play an important part in this. Oftentimes, technology will eventually upgrade to the point that modern operating systems are no longer functionally useful to a dated system. This is just the nature of technology, but there are fortunately other operating system options that allow users to stay current without affecting limited hardware resources. Linux is an excellent example of this.

Mobile phones are a bit harder to physically upgrade, which is where apps and software options will allow you to keep up to date with current trends. It is important to deploy these as soon as possible as the tools necessary for using modern apps on an older phone are absolutely essential for overall performance. CPU coolers, battery savers, and screen dimmers are all requirements for using modern apps on an older phone. Without them you’ll likely find your battery depletes itself in a matter of minutes trying to cope with the demand.

Using these tools will also keep your battery going for longer and poor battery life is one of the most common reports of an older phone. Again, this is just the nature of technology as advancements usually require more power, but older hardware is still able to prove itself useful rather than needing to be replaced by keeping your phone cool and dark.

There will eventually come a time when a phone has reached its useful life cycle and an upgrade will be required. It is important to have these electronic components recycled and disposed of correctly rather than binning it. Using a comparison service like www.sellmyphone.co.uk not only shows you the best price you’ll get for your current phone right now, but also ensures the salvaged electronics will have a functional life elsewhere. Fortunately, it will be blatantly obvious when it’s time to upgrade  rather than an idea you casually think about from time to time.

Tablets are similar to mobile phones in that it is difficult to physically upgrade the hardware components within the device. However, there are other external options that are worth exploring. Cooling pads and covers will help tablets have a longer functional life by reducing the demand on the battery and processor due to an overtaxed system. You may also find cooling fans geared towards laptop computers are an excellent choice for keeping a stressed tablet cool under pressure.

Because tablets are often based on the same operating systems as current mobile phones, it isn’t unusual to have access to the same tools like CPU coolers and battery savers. Like on phones, these should be deployed on older tablets as soon as possible in order to regain maximum levels of control while keeping up with modern demands.

Choosing to act sooner rather than later will ultimately be the best result for any older electronics. By taking proactive steps now, you’ll ensure that your aging technology is able to stay going for longer before any replacements need to be considered. This is a fantastic stopgap to reduce the amount of e-waste that’s excessively flowing into landfills unnecessarily right now.